Fellow, American Association for the Advancement of Science (AAAS) 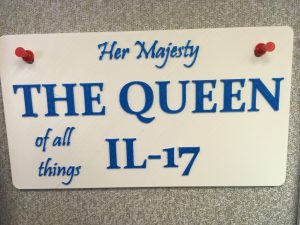 Dr. Sarah Gaffen is the Gerald P. Rodnan Endowed Professor in the Division of Rheumatology & Clinical Immunology, at the University of Pittsburgh. Dr. Gaffen did her undergraduate training at Carnegie Mellon University and received her PhD from The University of California, Berkeley under the guidance of National Academy of Science member Dr. Marian Koshland. Dr. Gaffen did postdoctoral work at UC San Francisco and was on the faculty at SUNY Buffalo from 1999-2008, where she initiated her work on defining mechanisms of signaling by the then-enigmatic IL-17 receptor cytokine family. Since 2008 she has been at the University of Pittsburgh, and was honored with the Gerald P. Rodnan Chair in 2015. Dr. Gaffen is one of the pioneers of studies of the signaling functions and structural features of the IL-17 receptor. The Gaffen Lab also works on understanding the basis for immunity to infections and autoimmunity, with a major interest in the mechanisms that underlie oral mucosal immunity and antifungal host defense. Her group was the first to demonstrate a role for IL-17 pathways in immunity to mucosal Candida albicans infections. Additionally, her recent work has uncovered important post-transcriptional pathways that determine IL-17 signaling cascades. Dr. Gaffen has published over 140 papers and Chaired the standing NIH study section “Immunity and Host Defense.” She was awarded the 2020 BioLegend/William E. Paul Award from the International Cytokine & Interferon Society and was elected a Fellow of the American Academy of Microbiology and the AAAS. Dr. Gaffen has been continually funded by NIH since 2001, and has mentored 13 students to completion of a PhD. Her trainees work all over the world in both academia and industry.